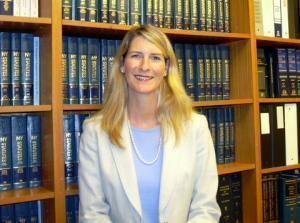 by Jennifer B. Cona, Esq.

With the passage of the Deficit Reduction Act of 2005, 42 U.S.C. §1396p, (DRA) the federal government sought to severely restrict Medicaid eligibility by radically changing the transfer of asset rules.

More particularly, the law was aimed at eliminating altogether transfer of asset strategies at the so-called “crisis” phase, that is, last-minute transfers of assets just prior to or immediately after placement in a long-term care facility.  However, the federal law left open one planning strategy in particular – planning via a promissory note.  The federal law specifically permits planning via a promissory note by disregarding the asset as countable if the note: 1) is actuarially sound; 2) provides for equal payments with no deferral or balloon payments; and 3) is not cancelled upon the death of the lender.  42 U.S.C.§1396p(c)(1).  Following these specific requirements as well as the requirements set forth in the state Administrative Directive (06 OMM/ADM-5), the use of promissory notes became de rigueur for Medicaid/asset protection planning.

As could be anticipated, however, the counties that determine Medicaid eligibility have challenged promissory notes.  This has left elder law attorneys and their clients fretting about the status of this federally authorized and heretofore permitted planning strategy, requiring practitioners to be on alert as they pursue this strategy.

To understand the prevalence of promissory note planning, attorneys must first understand the changes in the law wrought by the Deficit Reduction Act (DRA).  Most attorneys are familiar with the increased look-back period from three years to five years.  However, the most dramatic change in the law is the revised start date for a penalty period associated with a transfer of assets.

Under the DRA, the penalty period based on a transfer of assets does not begin until the facility resident is “otherwise eligible” for Medicaid benefits but for the asset transfer.  42 U.S.C. 1396p (c)(1)(D)(ii).  In other words, a Medicaid applicant must be both residing in a long-term care facility and below the resource limit, currently $13,800, before the penalty period clock will begin to run.  This means that the resident must spend-down all of his or her remaining assets (to below the applicable resource limit) before the penalty period will begin on any asset transfers made in the past five years, regardless of when such transfers were actually made.  The goal, of course, was to prohibit last-minute transfers of assets.

However, rather than curtailing such “crisis” asset protection planning altogether, the DRA, by default, made available planning via a promissory note.  The DRA calls for the inclusion of funds used to purchase certain notes and loans as “assets” with respect to transfer of asset penalties unless the note or loan: 1) has a repayment term that is actuarially sound; 2) provides for payments to be made in equal amounts during the term of the loan, with no deferral or balloon payments; and 3) prohibits the cancellation of the balance upon the death of the lender.  42 U.S.C. 1396p(c)(1)(I); 06 OMM/ADM-5, III(3) and IV(6).  By taking these enumerated requirements into consideration, the planning technique of asset preservation via a promissory note was born.

In general, a promissory note is a contract wherein the maker of the note makes an unconditional promise in writing to pay a sum of money to the payee either at a fixed or determinable future time or on demand of the payee.  In the Medicaid planning context, it works as follows:  the health care facility resident transfers all of his funds (less the permissible resource allowance) to an individual (typically a family member).

To illustrate:  Mr. Smith transfers a total of $420,407.96 to this daughter on September 30, 2009, as a part-gift/part-loan transaction.  The health care facility daily rate is $425 (a typical rate in the New York metro area) and Mrs. Smith’s monthly income totals $1,854.  To determine the monthly loan repayments, Mr. Smith calculates the actual monthly cost at the facility private pay rate for each month (30 or 31 days) less his monthly income.  He then calculates the average of the monthly payments during the term of the penalty period (number of months) and factors in an interest rate (typically 5 percent).

Here, the average monthly loan re-payment amount is $10,908.40 per month.  This is the amount that Mr. Smith’s daughter will pay back to him each month and which he will then turn over to the long-term care facility.  The term of the loan will be 20 months beginning in October 2009.  As such, $208,907.96 will be the total loan amount and $211,500 will be the total gift made to Mr. Smith’s daughter, which amount is free and clear to her.  After 20 months, the loan will be re-paid, the gifted money will be protected, and Mr. Smith will be eligible for Medicaid benefits.

In order for the strategy to work, there must be a monthly shortfall in the amount paid to the long-term care facility each month.  This is so because the resident must have medical expenses greater than the Medicaid rate in order to be considered “otherwise eligible” for Medicaid benefits while also having medical expenses he is unable to meet in full.  42 U.S.C. 1396p (c)(1)(D)(ii).  Attorneys must be overly instructive in detailing for clients the exact monthly re-payment amount that must be paid to the health care facility each month regardless of the actual monthly invoice from the facility.

Administrative Law Judges (ALJ) preside over Fair Hearings, at which time the department presents its case, generally in narrative form, and appellant may offer a narrative history, put forth oral argument, submit a memoranda of law, call witnesses and cross-examine the department’s representative and witnesses, if any.  The proceedings are recorded, and the tape sent to the New York State Department of Health in Albany along with the case file.  The ALJ makes a recommendation as to the outcome of the case, but the decision is made by the Commissioner of the Department of Health, via a Commissioner’s Designee, in Albany.

Several issues and findings have come to light as promissory note cases have made their way through the system.  Knowledge of these issues can help a practitioner navigate a case through to conclusion and/or provide instructive assistance for dealing with the hurdles and barriers as they may arise.

In some instances, the local departments of social services have denied, at the initial approval level, Medicaid eligibility by assessing a penalty period on the loaned assets as if the entire note and loan transfer were a gift instead of assessing a penalty on one-half of the transfer.  Use of a detailed “schedule of gifts” should be employed to lay out for the agency the exact gift amount, loan amount and repayment schedule.

Note repayment terms and interest calculations should be amortized.  This has been a source of consternation as the federal law calls for repayments to be in equal amounts during the term of the loan.  42 U.S.C. 1396p(c)(1)(I).  As a result, loan repayment amounts must be trimmed to accommodate an amortized interest rate while maintaining an equal monthly repayment amount.

Promissory notes may not be cancelled due to death.  The federal law proscribes the cancellation of the balance upon the death of the lender.  42 U.S.C. 1396p(c)(i)(I)(ii).  However, simply stating in the note that payments will not be cancelled in the event of the death of the lender may not be sufficient.  Instead, a clause specifying that payments will continue to be made to the estate of the lender should be included in the note terms.

A typical note may state by its terms that the note can be modified, waived, changed or discharged only by written document signed by all parties.  However, such language may be found violative of the DRA in that the note is thereby left open for modification, waiver or discharge.

As a rule, the promissory note strategy can only be employed when an applicant already is in a long-term care facility and is receiving services.  Under the federal law, it is almost a condition precedent that a Medicaid applicant (the lender) be placed in a health care facility such that he or she can engage in promissory note planning because the applicant must be “otherwise eligible” for Medicaid, that is, both below the resource limit and in the facility receiving care, before a penalty period can commence.  42 U.S.C. 1396p (c)(1)(D)(ii).  However, after a Suffolk County Department of Social Services Fair Hearing, In the Matter of G.F., FH #5013919Q, the issue of post-nursing home admission execution of notes was brought to the fore.

In Matter of G.F., the Medicaid applicant was denied Medicaid eligibility even though a promissory note had been entered into due, in part, to the fact that the note was signed after the applicant was admitted to the nursing home.  As noted above, the execution of a note post-facility admission cannot be grounds for denial of a Medicaid Application.

The federal law was aimed at reducing, if not eliminating, asset transfers for the purpose of securing Medicaid eligibility.  It should not come as a surprise, then, that the state and counties would push back against new asset protection planning strategies.  As this strategy evolves, practitioners should be mindful of the many pitfalls and carefully advise clients of the uncertainties.  Clearly, the new asset protection strategies under the DRA are not for the weak of heart.