When Planning For Medicaid Leads to Estate Litigation 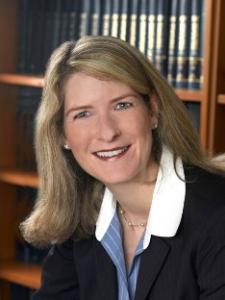 By Jennifer B. Cona, Esq.

MORE SENIORS and their families are becoming aware of elder law and specific planning options for preserving assets and financing long-term health care needs. As a result, more families are engaging in Medicaid asset protection plans, often before a health care crisis. However, these asset protection plans, while accomplishing the preservation of the parent’s assets, may lead to litigation among the children when the parent passes away.

Take a typical example: Father, a widower, suffers a stroke and is placed in a nursing home for rehabilitation and long term care. The family must immediately begin the process of transferring the father’s assets to make him eligible for Medicaid benefits as soon as possible. He has two sons, one who lives with him and is the primary caregiver, and the other who lives in Chicago.

Father transfers his real property, valued at $650,000, to his caregiver son because said transfer is exempt for Medicaid purposes so long as the caretaker child is living with the father for two years prior to the father’s admission to a nursing home. 18 NYCRR SS360-4.4 (C)(ii)(a)(4). Father also transfers one-half of his liquid assets to this same son, as he is the one who helps father pay bills and manage his affairs. 18 NYCRR SS360-4.4 (C) (iii). (Father retains the other half of his liquid assets to pay his nursing home costs during the ensuing penalty period.)

Father is cared for at the nursing home and goes on Medicaid benefits after his penalty period expires. He dies two years later. Upon his death, his son in Chicago inquires as to when father’s will shall be admitted to probate and when he can expect to receive his one-half of father’s assets. He then learns that his brother owns title in the house exclusively and has title to all the bank accounts in his own name. The result: costly litigation between the two brothers, most likely seeking to impose a constructive trust on the assets.

As the scenario is getting more and more familiar, family agreements-contracts designed to protect the parent’s wishes as agreed upon by the children- are being employed to allow seniors to take advantage of certain Medicaid exemptions, such as the caretaker child exemption in the example above, but provide for the equal distribution of assets when the parent passes away. The agreement can be tailored to the specific situation and needs of each family. For example, the agreement can provide a time frame for a buy-out or sale of the house after the parent passes away, can specify responsibility for taxes, maintenance and upkeep during the parents’ lifetime, and even allow for a delayed sale until minor children have completed school.

The caretaker child will acknowledge in the agreement that the property, as in the example above, was transferred to him for Medicaid eligibility purposes only, but that both children shall split the value of the asset when the parent passes away. Like a trust instrument, both the parent and the children enter into the agreement.

Trust agreements have typically been used in the above scenario. However, placing the house in trust in this case would have exposed the father to a five-year penalty period for Medicaid eligibility purposes. 18 NYCRR SS360-4.4 (c) (iii); 18 NYCRR SS360-4.5. Instead, the transfer of the house to the caretaker child meant almost immediate Medicaid eligibility for the father (except for the transfer of his liquid assets).

It is often the advice of an elder law attorney to place all assets, particularly liquid assets, in the name of one child alone in case some assets have to be returned to the Medicaid applicant. Asset transfers and spend down figures vary over time, particularly if the penalty period is a lengthy one, and there may be a shortfall or overage of funds at the time the penalty period is set to expire. If all assets have been gifted out to more than one child and cannot be returned easily, it can be impossible to deal with asset adjustments that are determined just prior to Medicaid eligibility and application. The family agreement allows the Medicaid applicant to transfer assets to one particular family member and allow for future adjustments while, at the same time, preserving equal distribution of those same assets after the parent passes away.

A family agreement is generally only employed in the Medicaid context. If Medicaid planning is not the goal or concern, then a typical trust agreement is the tool more likely to accomplish the asset distribution plan. The family agreement is also best implemented in cases involving transfer of a homestead when there is a Medicaid-exempt transfer which can be made pursuant to 18 NYCRR SS 360-4.4 (c) (ii) (a) (4), including a transfer to a caretaker child, as in the example above, a transfer to a disabled child, or a transfer to a sibling who has an equity interest and resides in the real property.

The family agreement tool should be explored whenever an elder law attorney is engaging in an asset protection plan that involves real property. If there is an exemption under Medicaid that can be taken advantage of, the client should be advised that the entire value of the real property could be protected, with no penalty period or other Medicaid consequence, but only if the transfer is made solely to the person with exempt status. If it is the property owner’s intention that the exempt party not be the sole beneficiary of the asset, then the family agreement should be employed.

The family agreement should specify how and when the fair market value of the real property shall be determined for purposes of valuing the parent’s estate and how any gifts made subsequent to the agreement should be treated. Each party must acknowledge that he or she is to receive an equal distribution from the parent’s estate and agree to make any necessary adjustments, taking into account that the real property was transferred to one party, to ensure the parent’s wishes are carried out. If appropriate, the agreement can exempt gifts to grandchildren or persons in other classes from the equalization of the estate.

The agreement should specify whether a life estate is to be retained by the current owner and who shall have the right to occupy the premises during the term of the agreement. Typically, the parent will retain a life estate and the parent and exempt-status person will reserve the right to occupy the premises until the death of the parent. However, the family can agree to a term longer than the death of a parent, such as one year from the date of death or some other time certain, or a period of time to allow for a condition to be met, such as the graduation of minor children from high school, before the property must be sold and the proceeds divided.

The agreement should delineate the parties’ responsibility for ordinary repairs and maintenance and how some should affect the equal distribution upon the parent’s death. The parties may also wish to specify that extraordinary repairs and improvements to the property should only be made upon consent of the parties to the agreement. The agreement should also set forth who shall be responsible for securing homeowner’s insurance and how that cost should be borne. There should also be a provision specifying if and how replacement, substitute or successor property should be handled.

The agreement should set forth in detail the exempt person’s option to purchase the property at the end of the term. A time frame should be established and manner for electing to purchase the property set forth. For example, the exempt-status person may be required to give written notice to the other parties of the election to purchase the property and the anticipated date of closing of title, which date may be limited to 180 days, typically. The agreement must specify how the purchase price shall be established, and, if the parties cannot agree, the attorney drafter should consider setting forth a procedure for same, such as taking the average of two independent (The caretaker child will acknowledge in the agreement that the property was transferred to him for Medicaid eligibility purposes only.) appraisals and even a third if there is a discrepancy by more than 10 percent between the first two appraisals. The agreement should also specify who should bear the cost of said appraisals.

The agreement should provide that none of the parties may mortgage or otherwise encumber their share or interest in the property without prior written consent of all parties to the agreement and should similarly limit a party’s ability to assign his or her rights in the property.

The family agreement option in asset protection planning serves to get all family members involved during the planning process so that there are no surprises when the parent passes away. In this way, estate litigation as a result of Medicaid planning can be avoided.